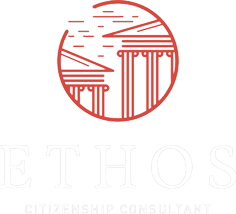 Ethos is a prominent European citizenship consultancy and wealth/investment management firm. With experts in finance, taxation and laws in Vietnam, Malta and internationally, Ethos is proud to be the leading provider of comprehensive European Residence and Citizenship solutions for our clients.

What we bring to you

The Individual Investor Programme of the Republic of Malta (IIP), by virtue of Legal Notice 47 of 2014, allows for the granting of citizenship by a certificate of naturalisation to individuals and their families who contribute to the economic and social development of Malta. The program also provides an efficient application process that adheres to the world's strictest due diligence standards and vetting of applicants, which ensure that only highly respectable clients are admitted.

Hungary is located in Central Europe with the beautiful capital city Budapest. From ancient times till now, Hungary has always been a bridge between East and Western Europe. Hungary is a member of many international organizations such as OECD, NATO, European Union and Schengen Treaty.

The Montenegro Citizenship-by-Investment Program was developed by the Government of Montenegro and launched in 2019 as part of its ongoing efforts to attract foreign direct investment to and increase economic activity in the country. The program requires applicants to make a defined economic contribution to the country.

The Cyprus Council of Ministers revised the Cyprus Investment Programme and implemented new rules on 15 May 2019, enabling foreign nationals to gain citizenship if they meet certain criteria. When you acquire citizenship under the program, you and your family enjoy full citizenship for life, which is transferable by descent.

Portugal is a member of the EU and the Schengen zone and has been using the Euro as its currency since 2002 making it an ideal platform for travel and business within the EU.The Portugal Golden Residence Permit Programme is the Portuguese Residence Permit for Investment Purposes

Legal Notice 317 of 2012 introduced Malta Retirement Program Rules, which offer pensioners of all nationalities to take up residence in Malta under very attractive tax conditions.

Switzerland, famous for financial services, watchmakers and its popular tourism regions, ranks among the world's top countries due to the very high quality of life, with Zürich, Bern, and Geneva frequently nominated as some of the best cities in the world to live in

Greece is a member of the European Union and the Schengen zone and has been using the Euro since 2002 making it an ideal platform for travel and business within the EU. Greece Golden Visa Programme is considered as one of the most cost-effective residence by investment programs that provide access to Europe.

Cyprus has been a full member of the EU since 2004. The island is located in the southeastern Mediterranean Sea, at the crossroads of Europe, Asia, and Africa. The strategic location of the island has played an important role in its development as a financial center.

In 2008, the United Kingdom (UK) immigration authorities implemented a new application system for non-EU nationals who wish to gain entry to and residence in the UK. The system is points-based and divided into five tiers. The Tier 1 Investor category is aimed at attracting high-net-worth individuals to make a substantial capital contribution to the UK. Currently, the applicant must commit a minimum of GBP 2 million in the UK.

In 2017, Italy introduced a special visa for foreign investors who are committed to making a significant contribution to the country’s economy. The Italian visa entitles applicants to an investor residence permit, allowing individuals who reside in Italy to apply for Italian citizenship after 10 years of residence.

Request a Free Call Back

All information of customers will always be strictly confidential by Ethos.

Ms. Nga is currently holding the position of legal specialist of Ethos Citizenship Consultant Joint Stock Company. She graduated from the General University of Southern Federation - the top 10 university in the Russian Federation, majoring in civil law. At Ethos, she is responsible for legal and legislative issues of the company and is responsible for advising the Board of Directors on updates, changes in laws and circulars related to Ethos industry. Before joining Ethos, she learned and practiced legal skills and experience as a trainee at Vilaf Hong Duc Law Firm and Thanh Xuan District People's Court. She speaks English and Russian fluently. When talking about her career goals, she likes to use Harvey Spector's famous quote, "Work until you don't need to introduce yourself anymore."

Ms. Thuy is currently holding the position of Office Manager of Ethos Citizenship Consultant Joint Stock Company. She graduated from University of Science and Technology in Electronics-Informatics-Telecommunications and Thames Institute of Singapore majoring in Advertising and Advertising Language. Before joining Ethos, she held the position of founder and CEO of K&A Vietnam Investment Joint Stock Company. Previously, worked at TeleStar Corp as a HR Manager cum design Manager. At TeleStar, she gained valuable knowledge and experience in the field of human resource management and administration. She is very experiences of building an efficient and optimal administrative apparatus. She has also been a lecturer of office informatics and graphic design, advertising design at HTL Human Resource Development Joint Stock Company. With the artist's perspective point of view, all of Ms. Thuy's works at Ethos are humane. She is excellent in optimize the HR management model. For her, people are always an endless source of inspiration. People are the core value of the business.

Ms. Nhung has joined Ethos' board of directors since 2017 and has hold the Director position ever since. She graduated with a master's degree in Marketing, Sales and Services from Paris 1 Panthéon-Sorbonne University. In addition, she also participated in many domestic and international training courses such as training courses at the European Academy of Diplomatic Visegrad School Czech, training courses on management and leadership skills in Vietnam, specialized training courses on Public Relations at Elite PR School Vietnam. Prior Ethos' board of directors, she worked at AGTA Malta Financial Investment Fund as a Project Manager for Southeast Asia. Previously, she held the position of Marketing and Sales Manager at Tonkin Investment Joint Stock Company. With over 10 years of operating and management experience, Ms. Nhung has fought long and hard to put together a team and network that can satisfy the needs of clients and do so with great detail and care.

Perhaps the most desirable benefit of a Maltese passport is that it also grants you EU citizenship as well as unrestricted access to the Schengen Area
See more
Subscribe
Subscribe for the latest news
I want to subscribe to the newsletter, which will send me monthly news related to business immigration, citizenship application, business service(s) and other service(s) I am interested in.

ranked 8 in the world

ranked 7 in the world

ranked 43 in the world

ranked 16 in the world

ranked 47 in the world

ranked 4 in the world

ranked 8 in the world

ranked 6 in the world

ranked 7 in the world

ranked 10 in the world

Group CEO and founder of Gold Lion Holding. In spite of his young age he already has exceptional experience of international businesses in finance and real estate. He built up a sales team of 200 sales brokers for the biggest Hungarian Bank called OTP, where they sold financial products for consumer clients. He and his team sold over 30 million euros in 2010.He moved into private banking where he became Sales Director immediately. In 2016 he launched Gold Lion Holding, the group has different companies in the property business, such as development, construction, real estate agency and property management. He is extremely proud, being the only foreigner who was part of the Government of Malta’s delegation, and represented the Maltese real estate market during the negotiation between Macedonia and Malta.

She is the founder and general director of  PannonHitel Zrt.  She has degree of law and economics. Dr. Varga has strong financial background, she was director of large corporate banking at the Austrian Raiffeisen Group in Hungary for 10 years. She managed EUR 2 billion loan portfolio and she achieved EUR 50 million profit. She was awarded as the “top 25 most successful women in Hungary”.  She founded several financial institutions. She established the biggest private factoring company in Hungary. Her focus is setting up niche, high value-add, complex and international projects.

With over 20 years’ experience, Jozsef Laszlo is a veteran expert in the field of finance.  He has held prestigious positions as a member of the Supervisory Board of Horizon, was a registered investment advisor at ING Bank Rt., and holds a B.E. degree from the College of Finance and Accountancy. With extensive portfolio management expertise, he is able to provide clients with superior guidance that is built on extensive experience and competence.

The legal predecessor of Ercsey Law Office was established in 2009 by Dr. Zsombor Ercsey attorney-at-law,  who has been serving as managing partner thereof. Besides, in order to provide more efficient services in our practice, Dr. Zsombor Ercsey,  who is an associate professor of law, lectures both in Hungarian and English at a faculty of law in Budapest (Faculty of Law of the Károli Gáspár University of the Hungarian Reformed Church), furthermore at international conferences and professional organizations (for instance, at the chamber of executors). These courses and conference lectures are related to, among others, international and Hungarian tax law, financial law, and banking law.

Writer Kieu Bich Hau was born in 1972 in Hung Yen. She is currently working as the Managing Editor of Vietnam Textile and Fashion Magazine and Foreign Affairs Officer of Vietnam Writers Association. Kieu Bich Hau started her literary career with short stories written for children in the Young Pioneers newspaper from the 80s when she was a junior high school student. Typically, the serial "That hill has ghosts", published many times in Thieu Nien Tien Phong newspaper, strongly attracted teenage readers with fantasy realistic writing style. Continuing this style when Kieu Bich Hau became a student at Hanoi University of Foreign Language Education and she won the first Literary Award "Green Age Work" in 1992, with the fanciful short realist story in Tien Phong newspaper "Legend of beauties". When she graduated from University in 1994, after 10 years, she did not write literature, only focused on journalism. But this is the time for her to accumulate life experiences, to be the material for her later writing career. Since 2007, after the second prize in the short story contest organized by the Arts newspaper with the famous short story "Waiting for a Boat", writer Kieu Bich Hau reached her peak when she published 10 books in a row, mostly short stories, and a novel. She is considered to be one of the excellent female writers, with a style that is romantic and poignant, witty, gentle humor, but profoundly. She is also a female writer expressing new topics, the field covers a wide range, due to many field trips in Vietnam, Asia, Europe, and with a wide range of relations, as well as a rich international literary exchange. This is expressed in the context of her extremely diverse story, sometimes in the countryside, in the city, in the sea, in Western society. Her character immerses herself in wide, new contexts, being comfortable to bang in the interesting circumstances and challenges of the new era. She won many important awards in her writing career.